The Nigerian dog breed is an elegant, special and attractive dog breed with outstanding features. This dog has the capability of caring, loving, and protecting its owner at all costs.

They are well known as ekuke which is an old and meaningless name the dog doesn’t deserve. I said this in one of my recent articles that the Nigerian dog breed is called ” Rarehunter” meaning A strong, intelligent guard/hunting dog that is rare and most lovable.

The Nigerian dog breed dominates almost all parts of western Nigeria. It also had a mixed feature which isn’t acceptable. A lot of breeder’s(unverified) with little knowledge crossbreed the rarehunter with foreign/unknown breeds just to satisfy their needs. Some go as far as crossing three or more breeds on the rarehunter.

Most of the mixed breeds from the rarehunter sometimes have serious health issues and create internal injuries in the Rarehunter (female).

70% of the population of Rarehunters in Nigeria are mixed breeds while 30% are pure Rarehunters. Getting pure breeds from the West and Ural areas is the best choice.

The Rarehunter is good at hunting, protecting(livestock and household) and alerting. It is also a playful dog breed, this dog breed is majestic but nigerians treat them as trash/poo-eaters.

Which isn’t fare at all, the rarehunter can protect is owner at any situation. Nigerians dislike this breed just because it doesn’t provide money to their pockets. I will state 3 common myths about the rarehunter.

The rarehunter was never a mixbreed from the basenji’s. No one in Nigeria was willing to search deep down of the rarehunter origin. The basenji was a mixbreed of dogs from the West. That’s why it’s barkless due to research, it was intentionally breeded as am experiment during the colonial rule.

We nigerians are waiting for a so called AKC to register and recognize the rarehunter before acknowledging the majestic breed. No one needs the AKC, they can’t be everywhere. I am willing to take the bold step. I wrote this article to acknowledge the rarehunter. Purchase one and you will be surprised how active and obedient this breed is.

Who said such a thing? Guess! Uneducated fellows. You can’t just say what you don’t have proof off. I have seen a stray rarehunter(which I adopt) reject fruits when my personal trained Rarehunter eats fruits but hates poo, because he was well-trained. Those that say the rarehunter eats anything don’t feed their dogs that’s the reason the less likely care. A starving dog can eat anything, A starving human can eat anything.

There’s another strange myth. A African proverb says” a person without training will be useless and disregarded in the society” so goes to the rarehunter. Every living being was trained(either natural or artificially)

3 Majestic features of the Rarehunter

The nigerian dog breed also known as the rarehunter as some majestic features in which is scares in other dog breeds.

This dog breed are immune to most common illnesses due to their adaptation to various climates changes and diseases. I never meant they don’t get sick, they do but not as frequent as any other breed. They live up to 12 to 15 years. Most owners of this nigerian dog breed spend less on their health because they have 30% possiblity of getting sick. The rarehunter hasn’t been noticed of this specific features at most scenario.

Nigerian dog breed(rarehunter) might not be big in size but they don’t betray their owners, there is absolutely no way a stranger will invade his family house and offer him a treat in form of a bribe, ever will he take it. They are very sharp and intelligent.

They are among the few breeds that go closest to being the ideal dog. They are brave guard dogs, yet loyal and friendly to their family. They are strong and athletic, but easy to maintain and extremely Hardy. Their size is big enough to make them intimidating to unwanted visitors. It’s not about a matter of size compared to some huge looking dogs with a betrayal instinct.

When it comes to territories, don’t joke with this dog breed. They are well-known for marking territories strictly. This dog breeds don’t allow other dog breeds into their territory only if it’s owner is around the corner. He won’t dare to launch an attack.

They are similar to the Spitz family but show many wolf-like traits not seen in modern breeds, for example, modern breeds have two breeding cycles in a year while Rarehunters( Nigerian local dogs) have one year. They are beautiful, well-proportioned dogs. 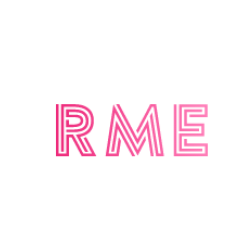 aremukareem
Blogger at Resourcesmadeeasy
AREMU KAREEM,a Nigerian based content writer and also a newly developed blogger. KAREEMloves blogging about pets and human health. He is the Founder and CEO of Resourcesmadeeasy. He love writing on Nigerian indigenous pets and also foreign pets. Strict in terms of jobs i.e projects. He works as a full-time blogger

This site uses Akismet to reduce spam. Learn how your comment data is processed.

Note: If you don’t know how to take care of a pet, please don’t purchase any. We aren’t just after your money. We also value the pet life. After one week of purchase, we will contact you for the pet picture. Thanks for Shopping with Us